We have deep compassion and a proven local network of devoted chiropractors and physicians to help patients get back to enjoying life. You’ll find the best Central Florida auto accident doctors at Accident & Injury Physicians of Central Florida. 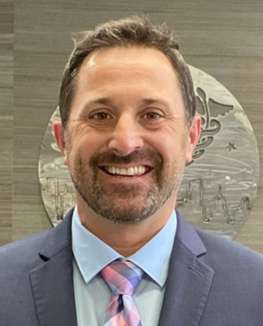 Dr. Andrew Merrill attended Stetson University in Deland, FL, where he obtained his Bachelor’s degree in Exercise Science while minoring in Health Sciences. He has completed post-graduate study in the Cox Technic Flexion Distraction for spinal disc herniations, a well-recognized approach for avoiding surgery. Dr. Merrill became certified in this highly effective technique after studying with Dr. James Cox in Fort Wayne, Indiana, and again in Tampa, Florida. Dr. Merrill also has hundreds of hours in post-graduate study relating to reducing inflammation through nutrition and rehabilitating athletes.

"Best Chiropractor in Orlando. Both doctors and all the massage therapists are amazing. The late hours are a life saver, and I love that they just want me to get better and never pressure me for return visits. And last but not least, I trust Nightlight because they are really paying attention."

Marsha F.AIP Patient
"My experience here has informed me of how important it is to take care of my back and spine. Not only did Dr. Merrill and his staff provide professional service, but I’ve gained lifelong friendships as well. The entire team is knowledgeable and VERY caring!!"

Staci C.AIP Patient
"After 40+ yrs of construction/auto/motorcycle & sports injuries, I know Dr. Merrill & his it is highly skilled team provides the most competent and caring therapy for back, leg & shoulder pain anywhere."

At AIP, targeting and reducing pain is our business. AIP has the extensive training and specialized technology designed to get results.

Our invitation to accident victims is clear: let’s find the pathway to recovery with an AIP Central Florida auto accident doctor.